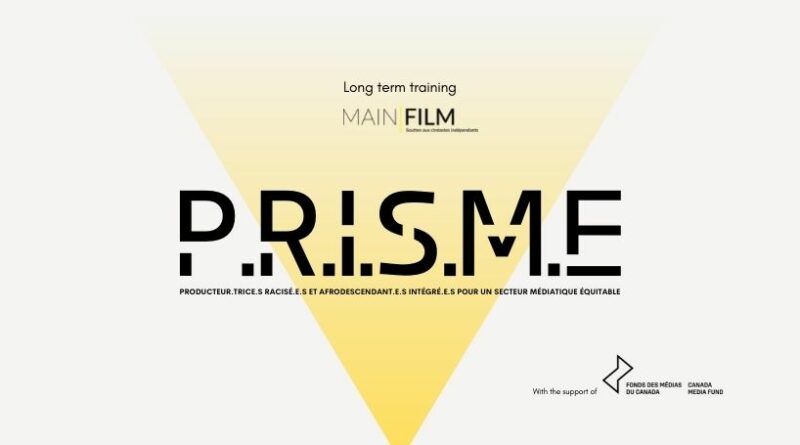 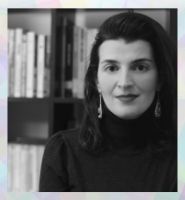 Since her master’s degree in 2015, in the film program at the University of Montreal, Asmâa has been working passionately, in the production of film and music festivals in Montreal. Today, with the help of the P.R.I.S.M.E program, she wishes to explore another dimension of production, that of filmmaking. The story of her feature film project begins when Takfarinas decides to cross the American-Canadian border. Accompanied by a family of immigrants, his adventures begin when they take refuge in a cabin to escape the winter cold. Takfarinas, a character with a nebulous past, crosses time and place to help those whose fate is forced exile. 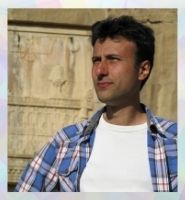 Farhad Pakdel is a Montreal-based filmmaker. He holds an MFA in Film Production from York University in Toronto and an MA in Film from the University of Art in Tehran. He has written, directed and produced several short films and taught film courses. He is currently writing his first feature film. His project “Le Chagrin et le néant” is a short science fiction series set in the near future in Quebec. The brain of a terminally ill man is transferred to a flash memory so that he can survive. His wife interacts with him via an app and a VR headset until a turn of events raises doubts about this technological resurrection. 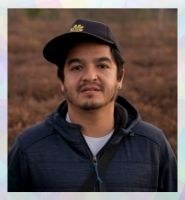 José is a director of documentaries mainly oriented towards social issues. He trained in Argentina in editing and directing. In 2011, he co-founded La Verité Films, a company dedicated to creating educational audiovisual products in Ecuador. His first feature film, Carlitos, opened in Ecuador’s cinemas in 2015. His documentaries have participated in over 40 international festivals. His project “Uncertainty” tells parallel stories of migration in Quebec and Ecuador. Through the voice of the director, under the sound of his recently acquired French, and the testimonies of his fellow French-speaking classmates, we undertake a journey between these two distant places in the world, but which connect and become a two-sided mirror: on one we see the reflection of the life they are leaving behind and on the other that of the new life that is beginning. 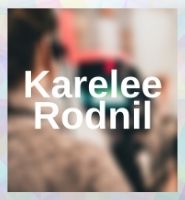 A film buff, Karelee Rodnil has written several short films and a few feature films. Although her writing is versatile, most of her fiction is suspenseful. Her project “Romeo” is a feature film in the final stages of writing that tells the story of Romeo who takes pleasure in conquering the hearts of women. Jean-François, his best friend, tired of hearing him boast about having found the Secret of Women, will challenge him to bring him back to reality. 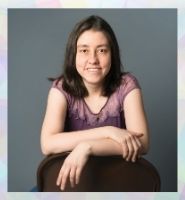 Juana is a Colombian born director and sound designer based in Montreal. She has directed episodes of several series for Colombian public television. Since completing her Master’s degree in Communications at UQAM, she has been working in collaboration with other media artists. “Voces Berracas,” which she co-directed with Marion Chuniaud in 2018, was selected for the San Antonio Independent Film Festival in Ecuador and Ojo al Sancocho in Colombia. Her project, the series “The Cupids”, consists of 6 episodes of about 25 minutes each, with an episodic slant. Contemporary cupids who have traded in their bows and arrows for smartphone apps and business performance reports share drinks at the local Cupid bar to unwind after a hard day of matchmaking. 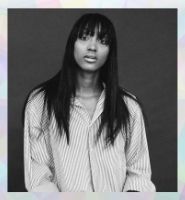 Based in Montreal, Kimberley Ann is a Canadian filmmaker of Haitian descent. Graduating from Pennsylvania State University in Communications/Media Studies in 2016, over the years she has had the chance to work on a variety of interesting and different projects, from fiction to documentary, commercials to reality TV as well as animation. In early 2021, she directed, produced and wrote her second documentary, “Feeding Dreams”. It will premiere at the Hot Docs International Film Festival on April 29, 2021. Kimberley Ann is currently in development of her first feature-length fiction film, the story follows the intertwined fates of two young boys in Cap-Haitien, Haiti. 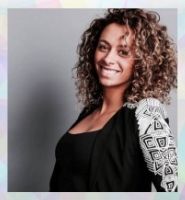 Maeva is currently a project manager at KPMG. With skills in management, finance and accounting, she is now looking to become a producer to help artists in their creative process. A Montrealer of French-Italian-Cameroonian origin, she also aims to participate in television projects that will highlight the multicultural environment in which she grew up. Her project takes place the day Laurent learns that his son Alexandre has been expelled from school. Laurent will try to put his son back on the right track, but to do so, he will have to get to know him again. In their daily lives, this father and son are confronted with strangely similar identity dilemmas. On the one hand, we discover a man free to juggle his Italian and Quebec identity. On the other, we observe this young Afro-Montrealer boy whose multicultural identity is limited simply to the fact that he is black. In a tone that oscillates between contempt and adoration, they will try to work together towards a common goal. With a humorous touch, this series aims to highlight the complexity of self-concept and belonging that mixed people can experience in a multicultural environment. 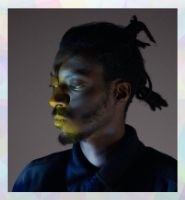 Based in Tio’tia:ke, Montreal, Malcom Odd is a Canadian transdisciplinary artist of Rwandan origin. He holds a Bachelor’s degree in philosophy with a specialization in visual arts and is currently working as an independent painter, producer and filmmaker. His project “Busboy” is a dramatic and poetic series following the adventures of Keza, a young Afro-descendant who, after resigning from a prestigious internship, leaves university to find himself in the exciting world of the restaurant business. In the midst of his search for powerful experiences, it is through a reunion with his childhood friend Hanna, a young queer Algerian bartender, that he becomes aware of the aftermath of his past in the white suburbs. 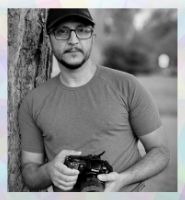 A laureate of the Institute of Dramatic Art in Rabat, Mohammed has appeared as an actor in some forty international productions, feature films and television series and films. He then embarked on a career as an independent producer and produced successful films for mainstream cinema in the Kingdom of Morocco. In 2016 he moved to Montreal, where he co-produced Myopia by Sana Akroud in 2020, a film that received three awards in the section un certain regard of the Festival Vues d’Afrique. His project, “A coeur ouvert” is his first real Quebec production. Salwa undergoes a heart transplant operation. After a year of adaptation, her life changes drastically. She decides to go and meet the family of the deceased to thank them in her own way, trying as best she can to never reveal her true identity. 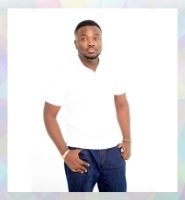 Rimte is a writer and producer of webseries from Chad. I am 32 years old and I am originally from Chad. He moved to Montreal in 2006 to pursue his university studies at the Polytechnic School. He has a degree in computer engineering and works today as a software developer and video producer. At the same time, he trained himself in film and audiovisual arts. He has a short career as an artist and producer of video clips for some artists of the African urban scene. His project “Tapo chabab” is a fictional webseries, of 10 episodes of 24 minutes each, centered on the adventures of young immigrants who came from Africa to pursue their studies and who end up settling in Quebec. Sarah, a young Quebec girl of African origin and a student in communication and marketing in a Montreal university, finds herself forced, due to a lack of financial means, to take a cab to make ends meet and to live with her ex-boyfriend Assane and his friends. 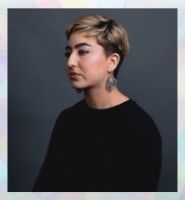 Winner of the Outaouais Emerging Artist of the Year Award from Outaouais Culture (2020), Sara’s artistic curiosity is nourished by her Quebec-Libyan-Tunisian background. Sara Ben-Saud has worked as a director and writer on the documentary series “Skindigenous”. When Sara Ben-Saud came across the written memoirs of her Libyan grandfather, she decided it was time to reconnect with her roots. With the writings safely stored in Tunisia, she spent several months immersed in the family, reconstructing her grandfather’s story. Lyrical in her exploration, she will also learn the language spoken and the history that lies between the lines. Her project “À toi Jeddi” is an intimate narrative where Sara navigates buried family memories between three generations and attempts to fill the intergenerational gap in her culture. 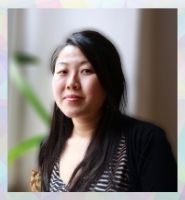 Born in Tiohtià:ke/Montreal and a child of the diaspora, Victoria is a filmmaker and artist interested in somatic sensibilities, liminal spaces and the politics of the body between imaginaries and sensorialities. Through a transdisciplinary lens, her practice combines film, installation, performance and sound art through intersectional and intergenerational narratives. Her work has been presented in festivals, galleries, cinemas and online platforms. Her work has received support from CALQ, SODEC, MAI and UnionDocs. Victoria is a graduate of the ZeLIG School of Documentary Film in Italy and holds an MFA from Concordia University. Her project is set in the heart of Tiohtià:ke/Montreal’s Chinatown, in the oldest clan house, the Hum’s kongsi, may be living its last days. Shaken by the wave of anti-Asian racism in the Covid era, Montreal’s Chinatown is disappearing like many Western Chinatowns. This essayistic film accompanies the director’s family as they strive to maintain the ties of their community and save the heritage of the oldest Chinese family in Tiohtià:ke/Montreal. This story plunges us into the vestiges of a forgotten past, and navigates between the real and the dreamlike, the everyday and the poetic, weaving a reflection on the history of the Chinese diaspora. In a changing world, “(BE)LONGING” evokes the strength and fragility of ancestral traditions through the eyes of women of different generations. 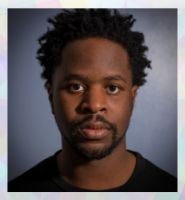 Nily Louis is an emerging Haitian-Canadian filmmaker dedicated to screenwriting and filmmaking since 2019. After graduating with a Bachelor’s degree in Computer Security in 2013, he worked as a computer network analyst for several years but also focused on his passion for filmmaking by writing several screenplays and filming sporting events on nights and weekends. Finally, in 2019 he decided to fully dedicate himself to his quest to work in the film industry. He took several courses in college and online and continued to write screenplays. He also begins filming and publishing news stories and other audiovisual works. In the winter of 2020, he was the recipient of a screenwriting residency offered by Black on Black films in conjunction with the Conseil des Arts de Montréal. This opportunity allows him to learn from several experienced producers, writers and directors in the field. In the fall of 2020 he will direct a short fiction film that will be released in the spring of 2021. Nily is passionate about the world of cinema and has the goal of continuing to direct several works in the years to come. His project “Dans la marge” is a dramatic web series. Delano, a brilliant computer scientist running an industrial espionage firm faces an ethical dilemma when one of their biggest clients offers them a very lucrative but also very risky deal.