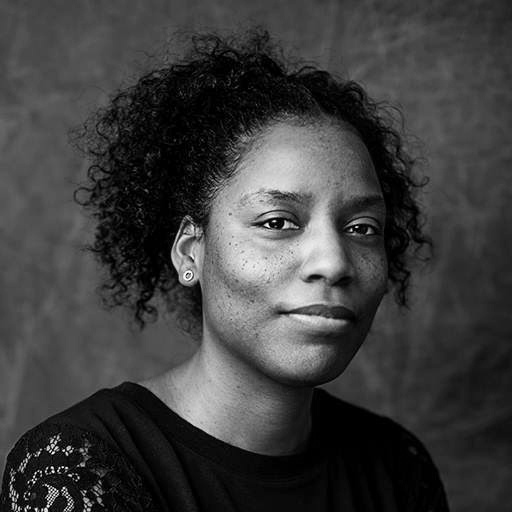 Miryam graduated in film at Concordia University, then she has produced and photographed several short fiction films as well as the feature films Le pays des âmes and Nouvelles, Nouvelles. She directed Vole, vole tristesse (winning best work of art and experimentation RVQC 2016), Vers les colonies, Une forteresse, Trois Atlas (special mention by the jury / new alchemists FNC 2018) and Deuxième génération. Her films have been screened at various festivals in Quebec and internationally.

Every month, Main Film will give place to its members that face discrimination so they can share with you their reflexions and thoughts.
Our first artist to contribute is Miryam Charles.

❝ If I write today, and continue to create today, I don’t forget that it all starts with love. I’ve heard it often lately: Why talk about race? Racism? Speaking of the subject only accentuates divisions. For me, I would sum it all like this: It’s a fierce love of myself, of my mixed culture, of my ancestors, of the society in which I am a citizen, not yesterday, not tomorrow, today.
Today where I live and create. Today I have to speak with love.

A few words – meaning – uses (in my opinion)

Diversity / Minority
It’s always with a tight heart that I read the words diversity or visible minority. The way they are used to talk about each other, strangers (often locals, born here). Their children, their children’s children. When are we from here? From which generation?

Inclusion in the arts.
Minorities must be included. You can hear it on all the stands. A notion that always seemed a bit absurd to me. I wonder about this word and the intentions behind the word. Who includes whom? Who decides when? Are there quotas? Who is at the door of artistic inclusion to count those who are outside while pointing the finger: Yes for you! No to you!

The principle of inclusion brings me back to art and creation. Despite the lack of fair representation that exists in the country, a country enriched by its multiple cultures, a work of art always opens its door and its heart to all. No matter the work, its origin, its subject, the door is open. As an audience, we choose whether or not to enter, to be touched and transformed.

Put an end to racism.

To all my artist friends. For all those who are dedicated to creation and to the wonderful Main Film community, the road will be long, but I feel like you already know that. As artists we have a responsibility for the future. It will not be easy, but I have hope and trust in all of us. ❞