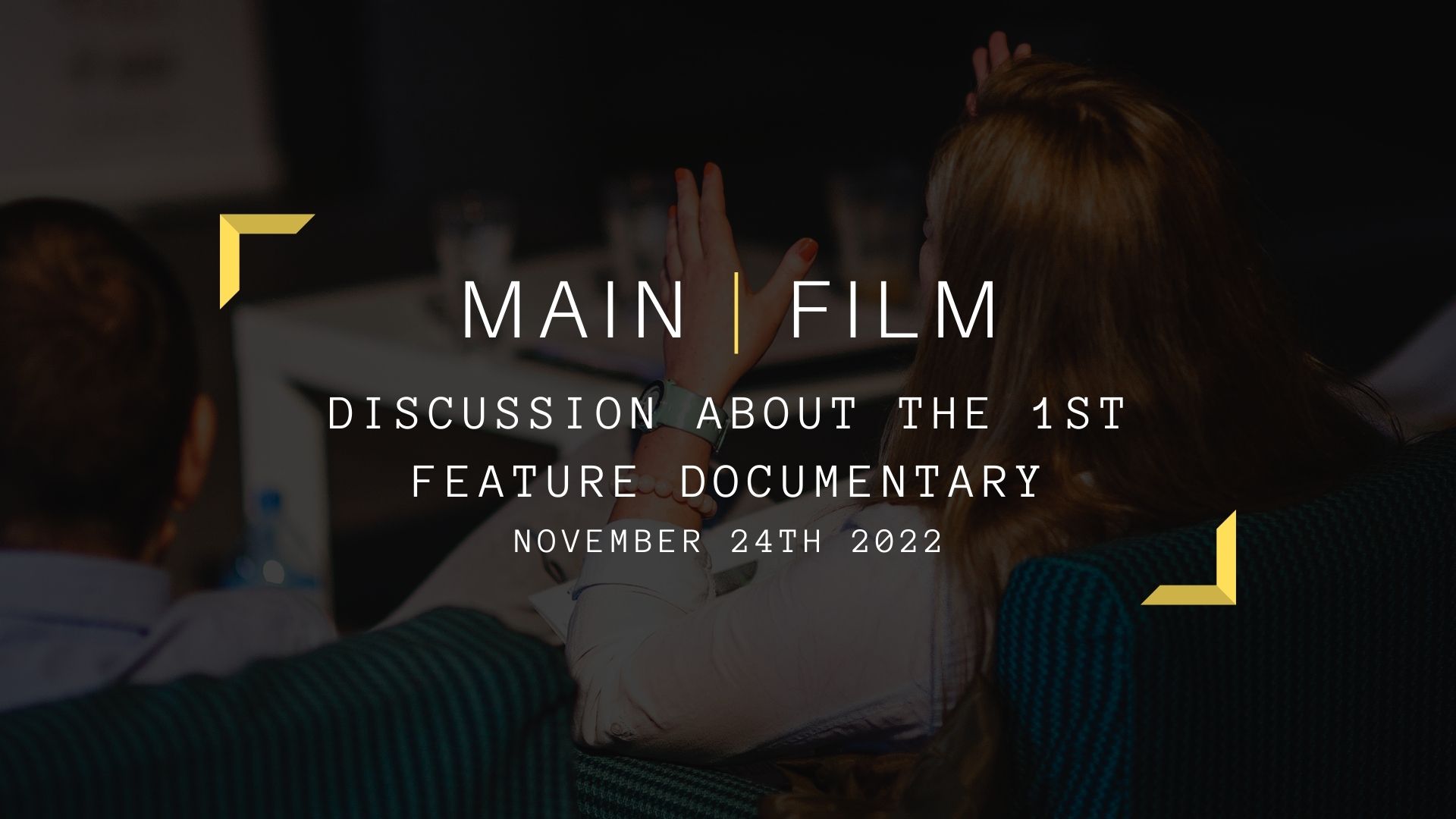 Discussion About the 1st Feature Documentary | In person 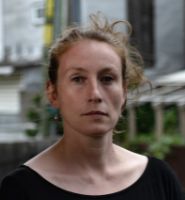 Jenny Cartwright explores themes of self-determination and inequality – which she returns to regularly – across topics such as gentrification, activism, work and poverty. It is through this bias towards the marginalized that she attempts to combine poetry and manifestos. While she constantly questions the way she tells stories, moving from classical to experimental film and from installation to sound creations, her artistic approach remains anchored in documentary. 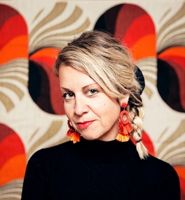 Documentary filmmaker and photographer, Joannie Lafrenière loves human beings. Holding degrees in journalism and photography, Joannie has contributed to several recognized publications and has had the chance to be part of many different inspiring independent projects. Her work is influenced by an anthropological approach and her documentary projects (THE WOMAN WHO SAW THE BEAR, SNOWBIRDS & KING LAJOIE) have been shown in major festivals across Canada and abroad. She just finished GABOR, a feature documentary who is a quirky & feel-good portrait of Gabor Szilasi, the 94-year-old giant of Canadian contemporary photography. Joannie lives, works, and plays in Montréal, Canada–but has been known to escape to faraway places. 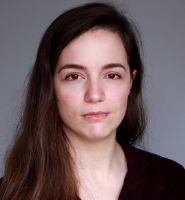 After studying Film Production at Concordia University (2010-2013), Laurence worked in the film industry as a cinematographer (L’ÉTRANGE PROVINCE, LES JAUNES, DRUM DE MARDE) and lighting designer (UN ÉTÉ COMME ÇA, LÂCHER PRISE, LES PÊCHEURS). After years of technical work, he was called to direct and collaborated with Émilie L. Côté on the short film DOMINO (selection REGARD 2018). This gave her the impetus to finish “The End of Wonderland”, a feature-length documentary that she had been working on for several years. This eccentric portrait of erotic artist Tara Emory is currently having a successful festival run (IDFA, RIDM, OUTFEST LA, BFI FLARE). Laurence is currently working on her next feature documentary, La Cité des évincés, a film about the housing crisis. She wants to push her approach further by keeping the special bond she creates with her participants as well as her direct cinema approach.

Trailer: The end of Wonderland 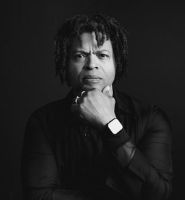 Born in New Brunswick to Haitian parents, Henri Pardo is director, co-writer and co-producer of the documentary series Afro-Canada. In 2021, Henri Pardo received the Magnus-Isacsson Award at the Rencontres internationales du documentaire de Montréal for his documentary Dear Jackie about the community of Little Burgundy. This award is given to an emerging Canadian director for a socially conscious film. His first feature film Kanaval, currently in production, honours the story of his family’s arrival in Canada in the 1970s. Henri is also the creator of the Encre Noire mentorship program for emerging Afro-descendant filmmakers, a founding member of Black on Black films, a networking and professionalization organization for Afro-descendant creators in the media arts industry, and the founder of Black Wealth Media, an Afrocentric production company. 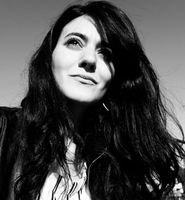 Of Franco-Moroccan origin, Lamia learned at a very young age to rub shoulders with heterogeneous cultural universes. A graduate in Political Science (Sorbonne, Paris) and in Documentary Production (INIS, Montreal), she travels the world to encounter diverse stories. Lamia’s cinema is based on time and the trust established with the protagonists. She is particularly interested in the themes of social justice, identity, family and territory. She also deals with subjects related to body language and social art. With a sensitive and committed approach, his camera allows him to give a voice to forgotten social actors from here and elsewhere. 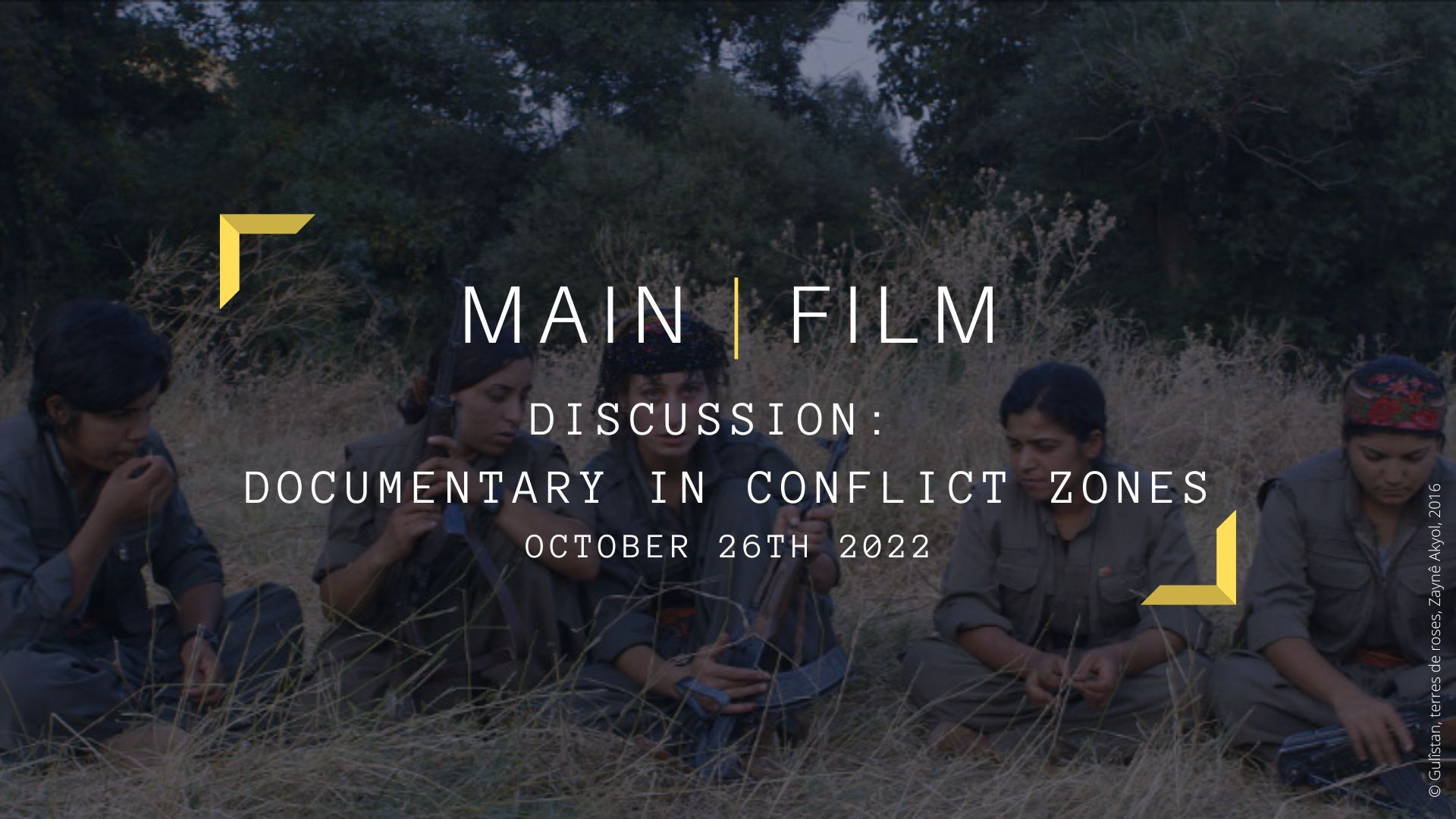 New exclusive meeting around 4 documentaries made in various conflict zones around the world.

Come and meet Marlene Edoyan, director of La mer entre nous, a documentary set in Beirut, Lebanon, a country still torn by political and religious ideologies 25 years after the end of the civil war, François Jacob, director of Under The Same Sun dealing with the mountainous region of Nagorny Karabakh disputed by Armenia and Azerbaijan for more than 25 years, Olivier Higgins, co-director of Wandering, a Rohingya Story shot in the world’s largest refugee camp, Kutupalong, in Bangladesh and Zaynê Akyol, director of ROJEK about the recovery of Kurdistan after the Rojava-Islamist conflict through interviews with imprisoned former members of the Islamic State and Gulîstan, Land of Roses about a group of revolutionary women in the mountains of Kurdistan fighting the Islamic State.

The discussion will address the particularities of documentary creation in conflict zones as well as the various artistic and cinematographic approaches of the invited filmmakers.
A precious moment of exchange to discover or know more about the realities of filming in the heart of geo-political conflicts. 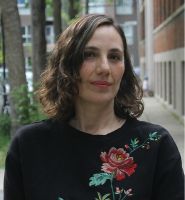 Marlene Edoyan is a Montreal-based documentary film director and producer. With a background in media studies, Marlene started her career as a production director and an artistic director for internationally co-produced animated films. For the last sixteen years, Marlene has been working in the Canadian Film industry creating and producing documentaries for festivals, theatrical release and broadcast. She has participated in several international workshops and labs such EURODOC and the Doc Corner of the Marché du Film – Festival de Cannes. Marlene created Fauve Film Inc. in 2017, to produce creative documentary productions with a unique vision. With a focus on telling stories of lesser-known communities, the films explore complex issues by combining original point of view with strong cinematographic storytelling. Marlene joined RIDM in 2021 as a programmer. 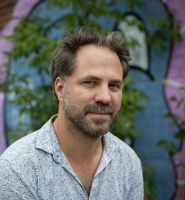 François Jacob dedicated his career to literature until he discovered the Kino network. He then directed short fictions before working on indie documentaries abroad. He subsequently produced A Moon of Nickel and Ice (Visions du Réel 2017) and Under The Same Sun (2020), set in the South Caucasus.

Trailer: Under the same sun 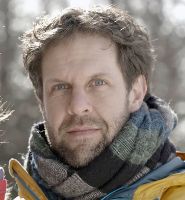 Olivier Higgins is a Québec film director and producer. Awarded many times, his work, conceived in close collaboration with his lifelong partner, Mélanie Carrier, is dedicated to documentary cinema and is interested in issues related to identity, the social fabric, the territory, the environment and social justice. Together, Mélanie and Olivier founded MÖFILMS, an independent film production company. His documentaries Asiemut, Encounters, Québékoisie and Wandering, a Rohingya Story have been broadcast in several countries in addition to receiving numerous international awards. In 2021, Wandering, a Rohingya Story received the Canadian Screen Award for Best Documentary Feature and in Quebec, the Iris Awards for Best Documentary Feature, Best Editing and Best Cinematography. 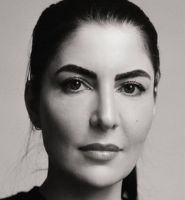 Graduated from the École des médias at the Université du Québec à Montréal, Zaynê Akyol received the award for the most promising documentarist, at the end of her bachelor’s degree, from the René-Malo Chair, in association with the National Film Board of Canada. She also finished a master’s degree with a cinema concentration, basing her research on relational and creative matters in documentary. Balancing practice with theory, Zaynê directed her first feature-length documentary, Gulîstan, Land of Roses in 2016, which depicts Kurdish women fighters in war against Daesh (the Islamic State). This personal work is noticed by several international festivals, and it collects more than 80 selections, 50 nominations and 12 awards, including the prestigious Doc Alliance Award given at Locarno Film Festival. Zaynê also produced The Guests (2018) and two other documentaries expected in 2023. Her interest in images and politics has also led her to photography. Her first widely seen exhibition, Rojekê, One Day (2016), tells the story of resistance through females’ faces. The filmmaker offers a second series of photographs anticipated with the release of her second feature documentary ROJEK. 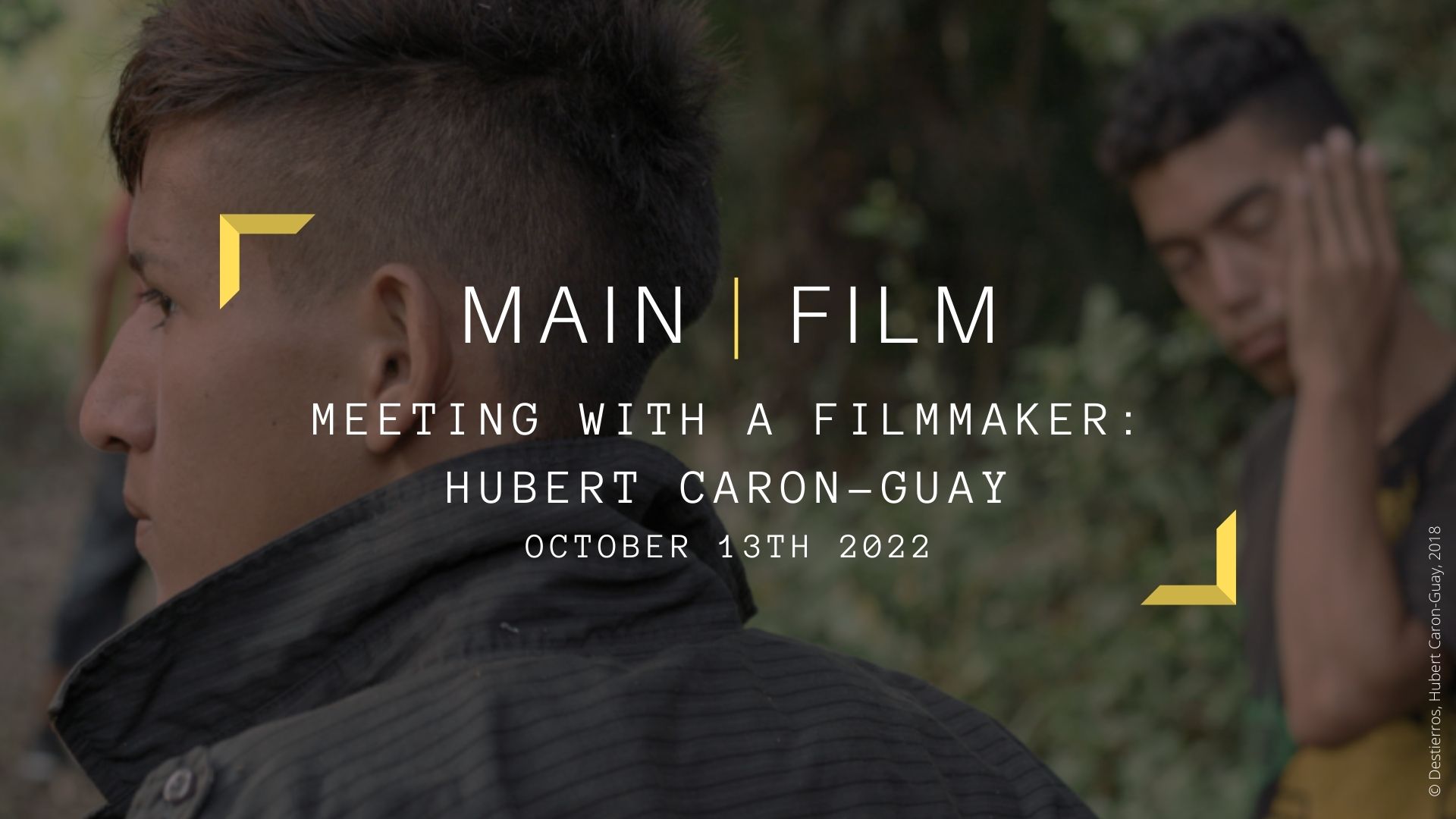 Meeting with a filmmaker : Hubert Caron-Guay | In person

This meeting is a privileged opportunity to review his career, to look back on his key works, as well as to understand his creative process and his artistic approach over the years. An event not to be missed! 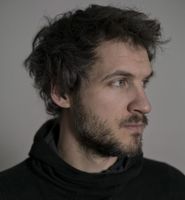 Hubert Caron-Guay lives in Montreal where he works as an artist, director, scriptwriter and producer. After studying cinema at UQAM, he actively participated, from 2010 to 2015, in the Épopée collective, where he developed several documentary and fiction projects that were widely distributed in Canada and abroad. His work focuses on the human condition and the power relationships exercised over vulnerable and invisible groups. His artistic practice lies at the intersection of film and visual art. 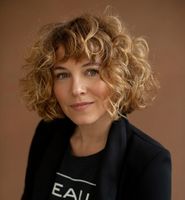 Since the creation of her company Mustang Productions,in 2016, the proposals she produces are distinguished by a human approach and quality content. Her mission is to produce content that corresponds to human realities and reflections. Whether through documentary series, genre series, magazines or youth programs, we always focus on the quality of our proposals. We take to heart the talent of our creators and of all the actors who contribute to the success of a project! Also, consultant on various cultural projects. Former member of the board of directors of the Academy of Canadian Cinema and Television where she led various files, including the redesign of the documentary categories. And, until recently, she sat on the executive committee of Doc Québec. She continues to be actively involved at various levels within our industry.