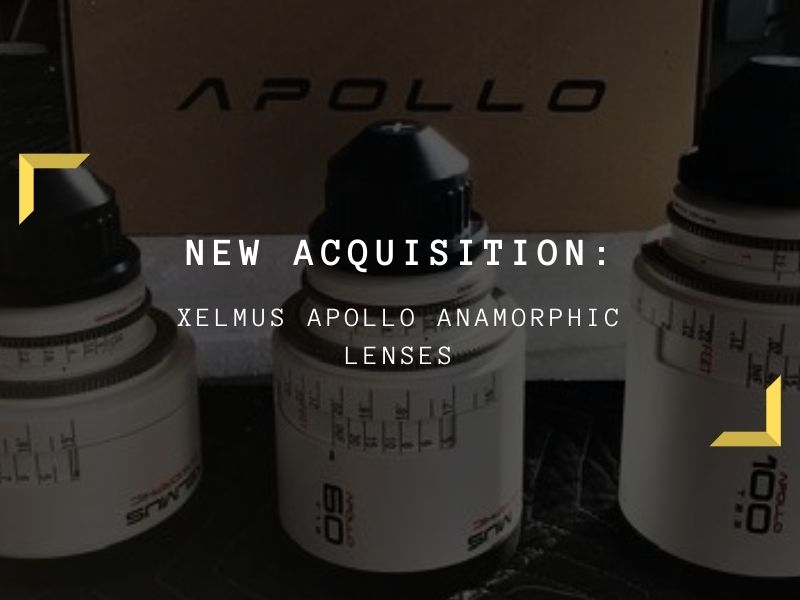 The Xelmus Apollo series is a brand-new series of compact 2x Full Frame anamorphic lenses with sharpness and character. Optimized for anamorphic distortion correction, the lens coatings provide the characteristic anamorphic flare of the format, comparable to the most popular lens series that have contributed to the myth of this aesthetic.

One of the main characteristics of these lenses is its &quot;anti-mump&quot; system created in 1954 by Robert Gottschalk of Panavision. This system ensures that when pulling focus, the image is stretched only in the vertical direction (vertical breathing), the horizontal axis remains locked, making the focus adjustment more subtle and eliminating distortions. In addition, during testing of the Gottschalk system, new innovations were developed by Xelmus opticians reducing minimum focus distances. The minimum focus of the lenses is less than 1 foot, which is incredibly close, even for a spherical lens.

The lenses are much smaller than a variable front diopter design – which means they are lighter, with less chromatic aberration and have better light transmission. These lenses are much shorter than most other anamorphic lenses on the market. Xelmus Apollo lenses are perfect for shoulder-mounted work, fit all camera systems (Full frame, S35, Vista Vision) and stabilizers.